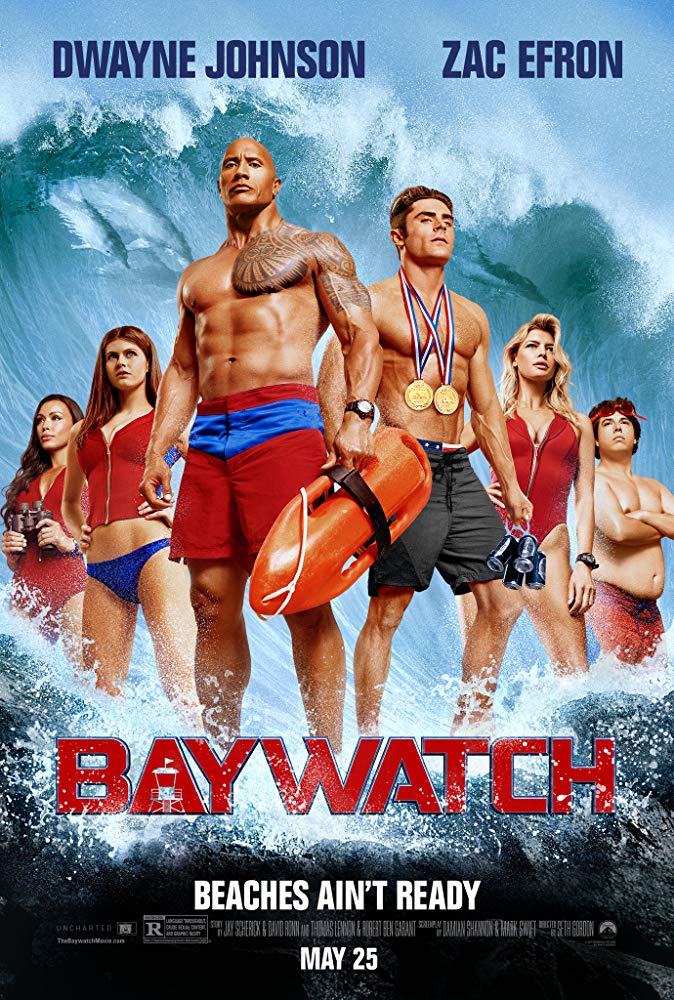 Why am I here for this film? I don’t know. Perhaps it’s Zac Efron’s (Brad) face and surprisingly larger than normal biceps, or maybe it’s Dwayne Johnson’s (Mitch) even bigger biceps. Of course this will never compare to Pam Anderson and David Hasselhoff‘s half naked bodies, but this film offers something new.

As the story goes, Mitch, the lieutenant coast guard of Baywatch and Brad, a fresh blood up and comer have to work together with the team to solve a drug bust when the cops are just not taking them seriously enough. At the end of the day it’s the men and women in red on the beach that inevitably save the day.

I’ve never seen Dwayne Johnson do more one liners in a row in all my life, and I haven’t seen as many unrealistic muscles and perky boobs on one beach before (perhaps I’m visiting the wrong beaches?). But jokes aside, there are a few heartfelt moments and personal transformations which will make you smile despite the multiple levels of cheese.

Watch this mediocre movie if… it’s cold out and you want to be transformed to another place, one that’s filled with beautiful people, numerous clichés and a few ‘awwwws’. This film is also a pretty good background film if you’re cleaning the house and just want something to look over too in between vacuum cleans. You won’t miss too much.