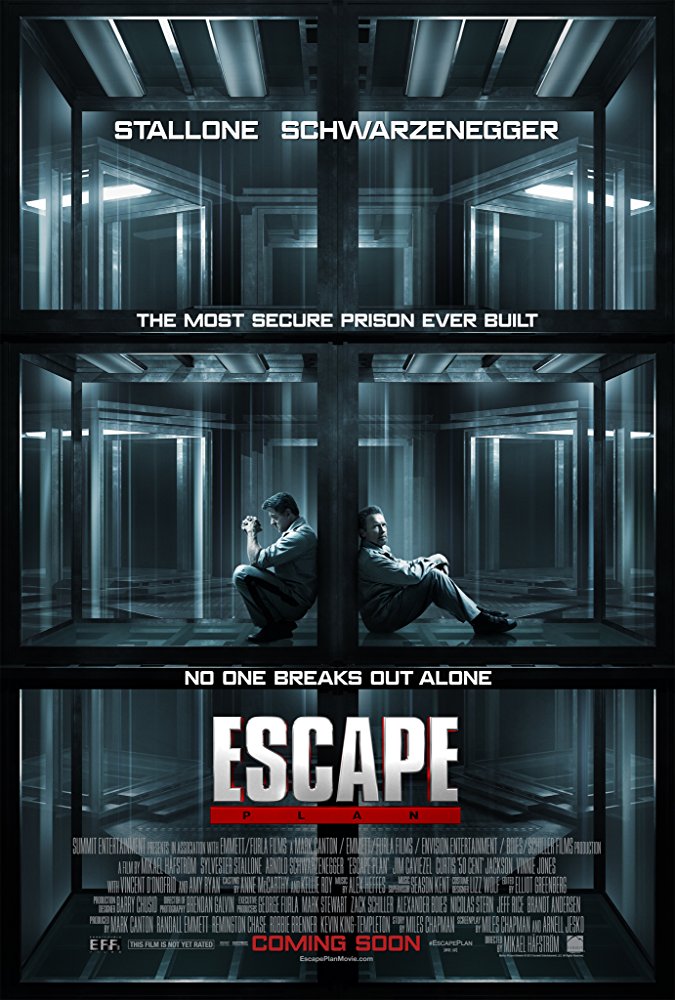 Two of the Expendables come together for the biggest heist of 2013. Personally I’m a big fan of this one despite it having some predictability. I don’t care, I’m here for the ride anyway. This film has two epic actors, an interesting location, plenty of problem solving, and general bad assery.

Stallone plays Ray, a professional jail breaker, hired to detect the flaws in prison systems and infrastructure. This film sees him sent to an unbreakable prison, in a secret location, only to find that he has been set up. This time there is no safe guard, and he has been well and truly locked away from the outside world.

But well, I would not have doubt in our friend Ray, because he meets with veteran inmate, Emil (Arnold Schwarzenegger) and the two study the prison for an attempt at an ingenious escape.

Watch this mediocre film if… you love problem solving films and watching the big bois on the big screen. This film could be a cute date night film when you’re feeling for a little bit of shitflix and chill. There’s enough of a suspense that you can get close to comfort, but not too scary that you’ll have to stop and console your date.