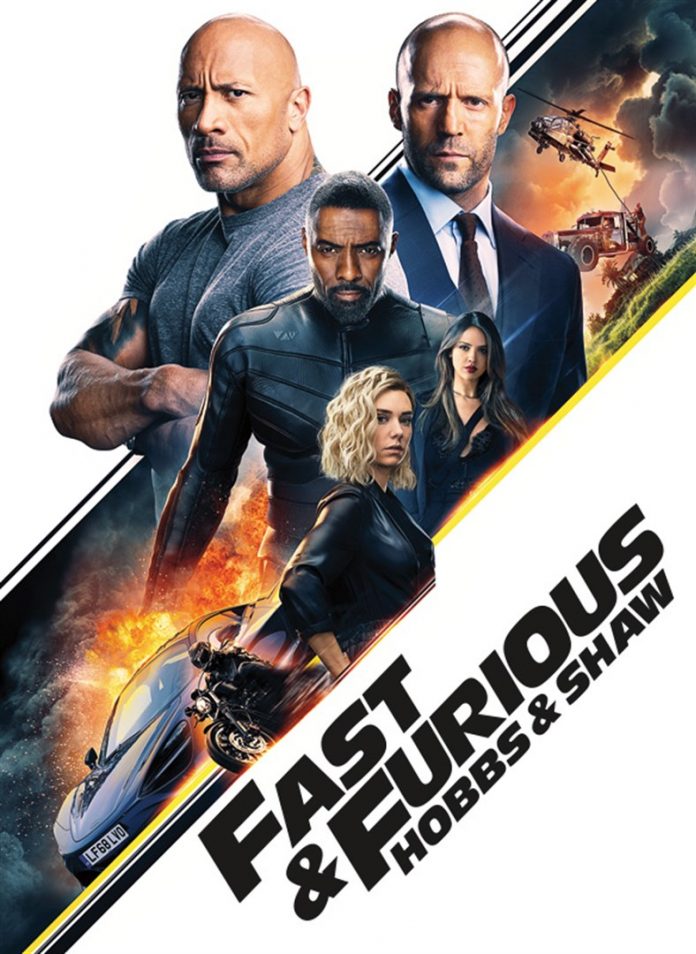 Agent, Hobbs (Dwayne Johnson) and assasin, Shaw (Jason Statham) are brought together to retrieve a super virus that melts insides. The two are immediate rivals, with Hobbs a laid back hunk of Samoan muscle and Shaw a tastefully dressed Londoner. They must overcome their differences to save mankind, which doesn’t come easy. It’s kinda like the reltionship between Iron Man and Captain America. First we must get past 3 minute long roast sessions in order to evolve a friendship. Eventually they’ll fight together instead of one another.

Upon investigation it turns out Shaws sister, a seemingly Rogue MI6 agent, injected the virus canister into her own body in an ultimate attempt to hide it. So the three of them band to fight bad-machine-terminator-guy, Brixton (Idris Elba) who wants to take the virus back. You’ll love the choreography and fight scenes as they encounter the bad guys in a number of settings.

Ultimately, the film ends in Samoa, Hobbs’ home town which enriches a heart warming subplot of overcoming family fueds from the past. Cue the tribal weapons, and prepare for the final battle between machine and heart.

Watch this mediocre film if… your heads not entirely in it’s skull from perhaps too many drinks and you need something to get you through the pain. This film is engaging and heartfelt enough to transport your mind into the lives of two agents and away from the toilet bowl.