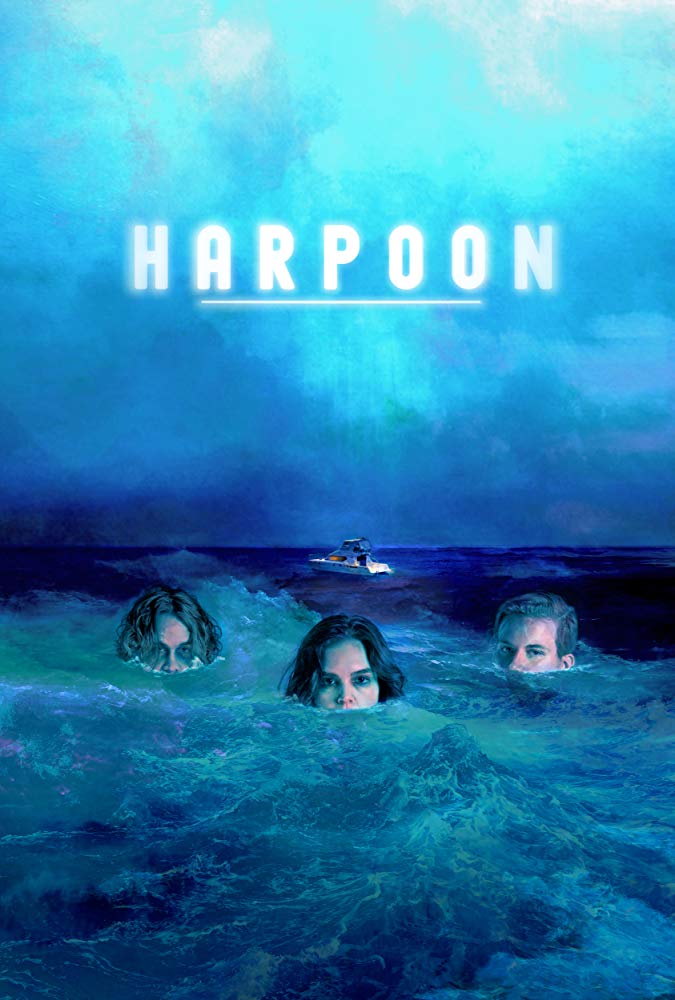 Described as “a B-movie with an A-level commitment to entertain” I have never been so stressed and so hooked into a movie at the same time. Technically this film is not mediocre according to the reviews, but it certainly isn’t a film with multiple plotlines and blockbuster production.

Gifted with a harpoon, birthday boy Richie (Christopher Grey) and two friends Jonah (Munro Chambers) and Sasha (Emily Tyra) take a trip on the family boat, “Naught Bouy”. However, the trip soon turns sour as hot-headed Richie, has an itching suspicion that girlfriend Sasha and best friend Jonah have slept with each other. Underlying jealousy and harboured resentment bubble to the surface and the trios salty dispositions escalate into a violent fight, injuring Jonah in the mix. Threatening to kill one another with the harpoon the three decide they should release all weapons from the boat and head back to shore. That is until the engine fails to turn on.

Minutes turn to hours and hours to days, and after five long days on sea with no food on board, you can imagine the thoughts going through the group’s mind. Jonah’s injury turning gangrenous sets the scene for an even more gruesome ending and a sickening twist. You will be thoroughly entertained.

Watch this mediocre movie if… you have a few friends over for a trashy film night and you want a gruesome thriller to add to the mix. We wouldn’t recommend this for hangovers with some scenes gnarly enough to make your stomach churn.