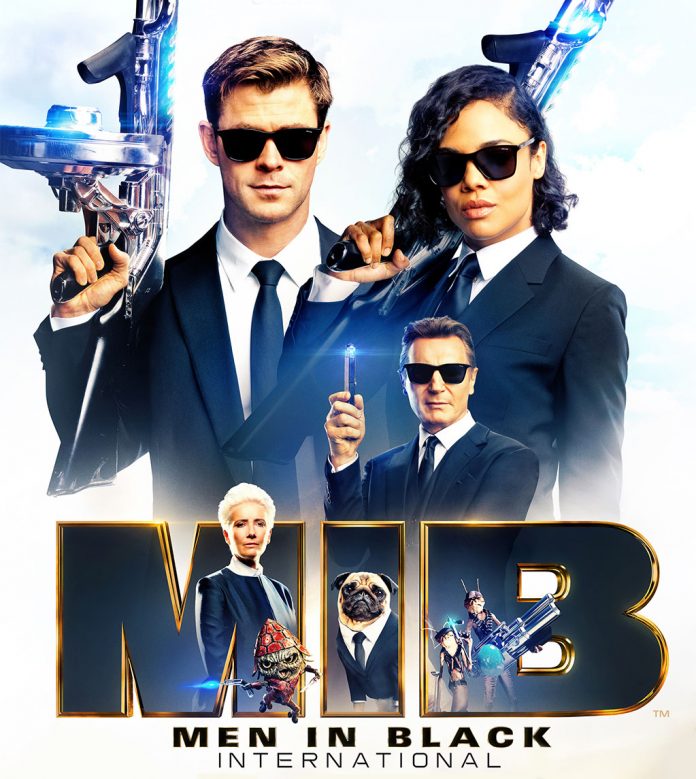 Yes I know what’s on your mind. Can MIB be the same without Will Smith and Tommy Lee Jones? The answer is no it’s not the same, but rather something new. Being a favourite franchise of mine since it first hit cinemas in 1997, I had to go see this one the second it came out.

As a straight female, I can say that not only did I enjoy it for Chris Hemsworth’s painfully hot body, but also for the exciting new perspective of seeing the men (and women) in black fight crime in England. With the usual shiny guns, fast cars and funny aliens the team in England come together to save the planet once again from a alien that will evidently completely take over the planet. The real beef however is a little too close to home as new blood, Agent M (Tessa Thompson) suspects a mole in MIB. To find out you’ll just have to endure Hemsworth’s hot abs and cheesy jokes. I hope you’ll find some joy in this film.

Watch this Mediocre Movie if… you’re a die hard MIB fan or a young person wondering what the hell this franchise is all about. MIBI takes a slightly younger approach this year, so it’s safe to show your kids, your grandma and your dog without feeling awkward about scary scenes.