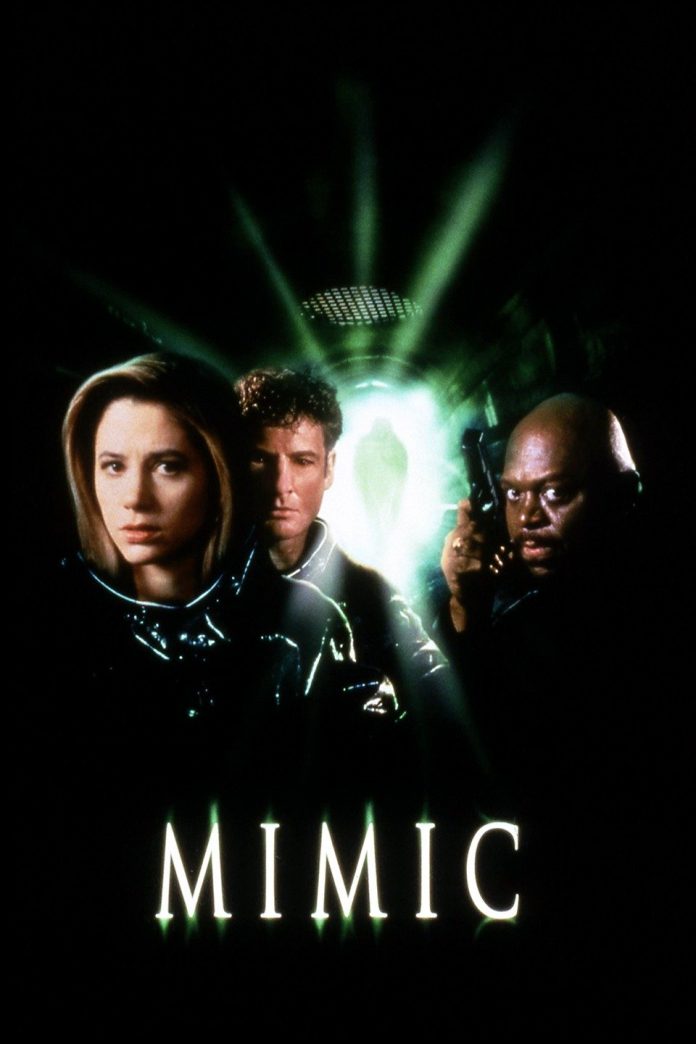 You know when you accidentally do the science experiment wrong in class and only get a C for participation? Well, nothing compares to the absolute F for fail conducted in this film. Susan Tyler (Mira Sorvino) anthropologist, is hired to wipe out a virus that has infiltrated cockroaches and affecting new born children (doesn’t sound too far from our current existence really 😬). The solution: mess with genetics to create a hybrid bug.

And what do we do when we mess with mother nature? Mother nature will whop you the ass 10 fold. Three years after the release of the hybrid bug (which was meant to live on for 3 months), a priest is dragged into the depths of the cities underground. And you guessed it, Mr. Hybrid Bug which has rapidly evolved into Mr. Hybrid-I’m-Going-To-Tear-You-In-Half Bug is the prime suspect.

The story follows as the scientist, her husband and an unsuspecting city cop fight their way through the subway. No-one really seems to care that the scientist well and truly messed up, just as long as she get’s out safely.

Watch this mediocre film if… you love sci-fi films that are little close to home. With the weird GMO stuff going on in today’s world, I’m not one to debate that this might actually happen in the future.