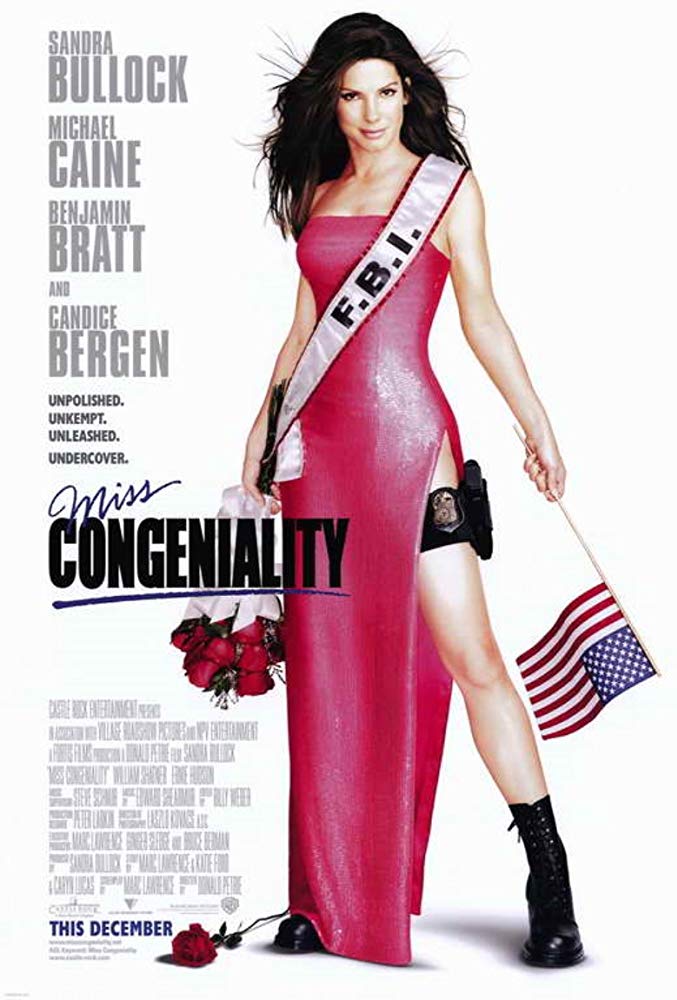 Watching this film for the first time since early 2000’s I sit and cringe in my seat as it is a little too relatable. As a girl growing up in country Tasmania, given hand me down boys clothes and surrounded by country blumpkins, you could say it’s taken me a while to discover and show the world my girly side. Such is relatable to Special Agent Gracie Hart, a tomboy detective who can solve a case better than she can do her makeup (which is a good thing I guess!)

After the agency is altered of a bomb threat at upcoming Miss United States beauty pageant, Gracie suggests an undercover detective go in to investigate and protect the event. Somehow Gracie lands the role and she must completely change her very being into the girl that lives inside. Cue facemasks, a series of failing to walk in stilettos and the inability to hold in the most unattractive snorting laugh a girl could ever have. Gracie learns to slowly appreciates the new girlfriends she makes along the way.

Watch this mediocre movie if… you were born in the 90’s and want a classic throw back to snuggle into OR if you are a Gen Z and need to go back in time to one of the greatest mediocre classics of all time. This film is also relatable to girls who feel a little less appreciated for being different to the stereotypical girl gangs clinking champagne glasses on Insta.