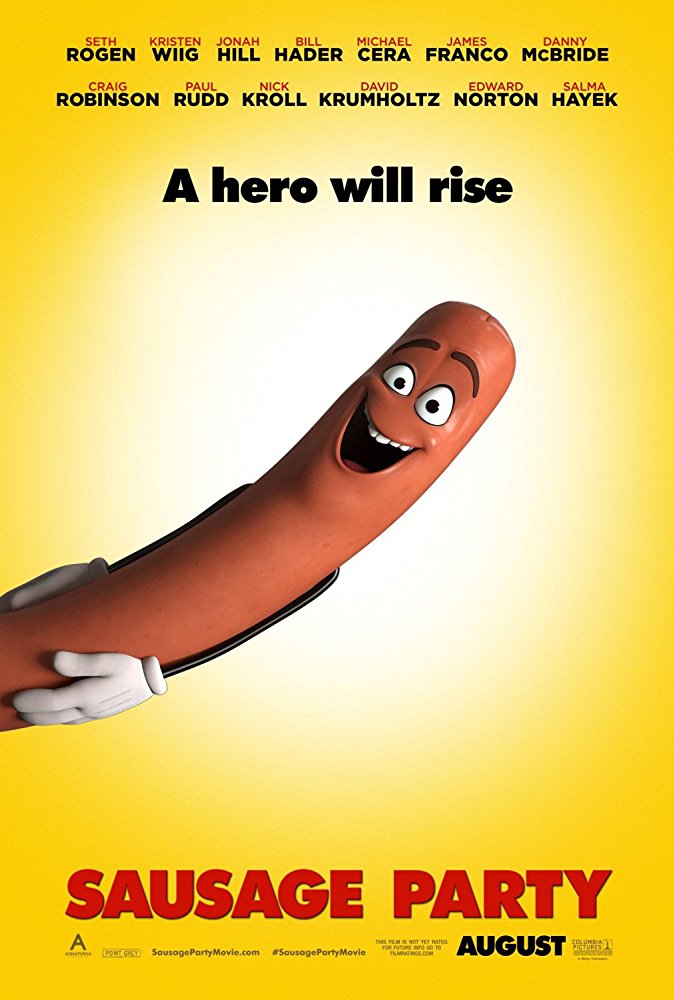 You ever hit a billy so hard or take a few too many grams of shrooms and suddenly your food starts moving? Oh yeah, strap into your couch and enter the film of talking hotdogs. Frank (Seth Rogan) and bunch of weiner buddies hang in the supermarket and stay on their best behaviour hoping that “Gods” aka. Humans will take them home.

But as it turns out, it’s not just sharks that will hunt you down and swallow you whole, it’s the humans too.

Eventualy, a human takes Frank and his weiner comrads along with a bag of their closest bun friends and places them into a cart to be taken home… That is until a jar of suicidal Honey Mustard tries to warn the supermarket that humans are not as good as they had believed. (And it only gets weirder from here). Only Frank and his hot bun girlfriend, Brenda (Kristen Wiig), seem to listen. The rest of the film sees Frank and Brenda recruit some friends and find the real truth behind humans.

Enter into a world of over sexualised jokes, racial stereotypes and a bunch of hidden meanings into religion where we discover in food form that perhaps God really isn’t real at all.

Watch this mediocre movie… if you have some pretty good sativa green ready to go and up for a belly laugh. I’ve not seen such absurdity in a long time, I mean just wait ‘till the end. If you’re a bit more PC, perhaps avoid this film. Race, sex and culture come up all too often in this film and not always in the most tasteful way.