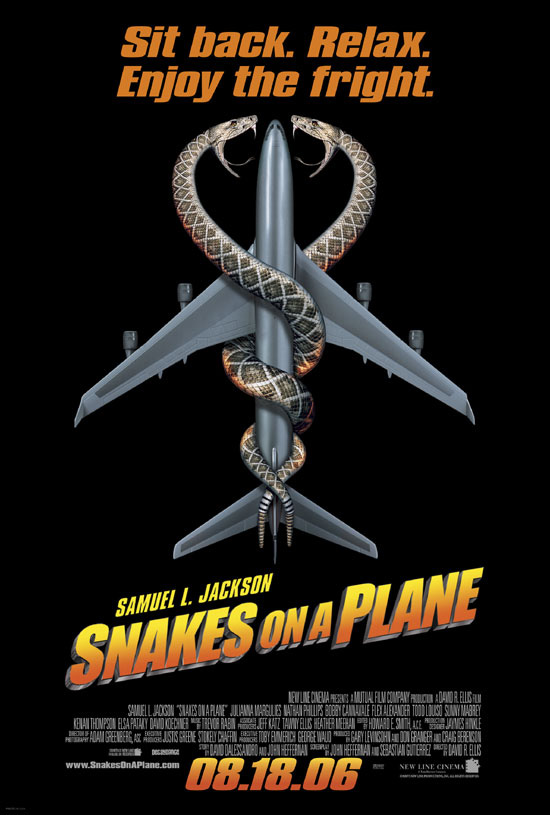 Okay this is just fucking hilarious. Between the matrix style soundtrack that plays in the “action” scenes, the piano tunes for the “heartfelt” conversations, and the completely unrealistic, to-the-script one liners, this film has perfected the B-Movie recipe. The film starts by introducing a number main characters that fits the diversity quota recipe – a person of authority, a rapper, an entitled blonde girl, a rich man and your run of the mill tourists.

The characters come together as FBI agent (Samuel L Jackson) and murder witness catch a flight to testify for a high profile case. That is until things get well cooked as snakes come out of nowhere and start tearing people to shreds.

It turns out the murderers about to go on trial, put a crate of snakes on board and put pheromones in the Leis given to the passengers upon boarding. So now we have a bunch of aggressive slithery reptiles. Even Salazar Slytherin would be turning in his grave.

Or as Samuel L Jackson so eloquently puts it… “well that’s good news, SNAKES ON CRACK!”

Watch this mediocre movie if… if you love Samuel L Jackson and hilarious gore. This film is so silly that you’ll be rolling around laughing and cringing at the same time. Perhaps don’t watch it if you have a fear of snakes or about to catch a flight. Though snakes on a plane would never actually happen, right?

Love this film? You should also check out Sharknado.