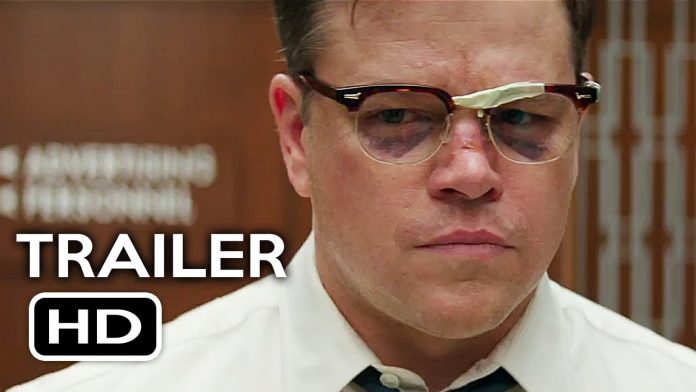 George Clooney directs and writes a film with the Cohen Brothers. You’d assume that it would be a massive hit, but with less earnings at the box office than it’s budget it has proven to find itself on this website… Yep, it’s mediocre.

You know when you make a one pan dinner with what ever’s in the cupboard, and you throw in tomato sauce, oyster sauce, Worcestershire sauce, and chipotle sauce because you’re unsure about the flavour you’re after? Individually these sauces are great but all together it kinda just turns to mash. Well this is probably how you could describe this film. Suburbicon tries to combine social satire, racial vilivication and murder mystery all into the one film.

BUT, despite the miss match this film does have some redeeming qualities. The cinematography, composition and acting are great. It takes you back to 1959, to a primarily occupied all white suburb, leaving you feeling awkard about how times have been. You’ll think deeply about race and crime. I think perhaps Clooney was just trying to tell us a little about what might be going on right under our feet.

Watch this Mediocre Movie if… You are die hard Clooney or Cohen Brother fans and would watch their films even if it wasn’t that great. Alternatively, this film would be good for Shitflix and Chill, it will be a topic of conversation and if you don’t end up watching it all cos you got lucky, it’s okay, it’s just another mediocre film. 😉