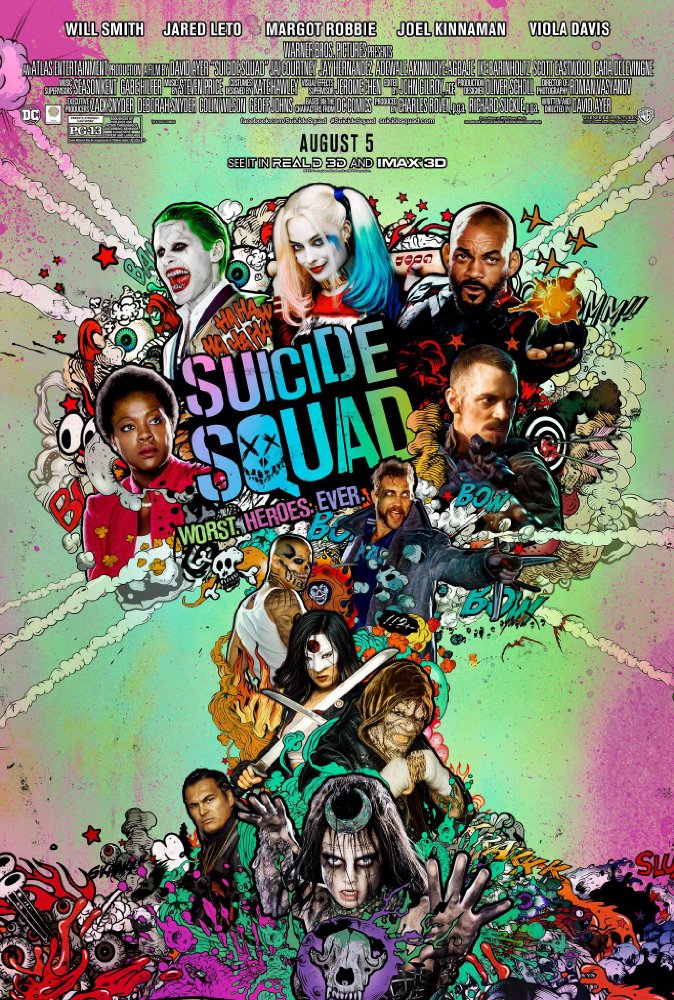 Anti-hero’s come together and find common ground on one thing – being broken. Much like all of us walking around with more baggage than a Boeing 747, the members of Suicide Squad, have dark pasts that make them all uniquely strong. Though, unlike the non-committal boys and girls on Tinder who are still traumatised from their grade 6 relationships, this group of guys and gals find a way to stick it together.

A US Intelligence officer calls the crew together on a mission to fight a killer witch that will likely take over the world if not stopped. Much like the others, the witch is hurt from her past, but rather than going for a run and speaking to a counsellor she decides to take over the world instead.

My favourite parts of the film? Well, I think I found my type – the Joker (Jared Leto) from this film is 💧💧💧 and I can see why Harley Quinn (Margot Robbie) went crazy for him. Not to also mention the soundtrack of this film is filled with bangers you can listen to when you’re feeling dark and want to feel darker.

Watch this mediocre film if… you might be a misfit too. It’s interesting to learn about the pasts of each character as the film develops and you might be able to relate in some way.