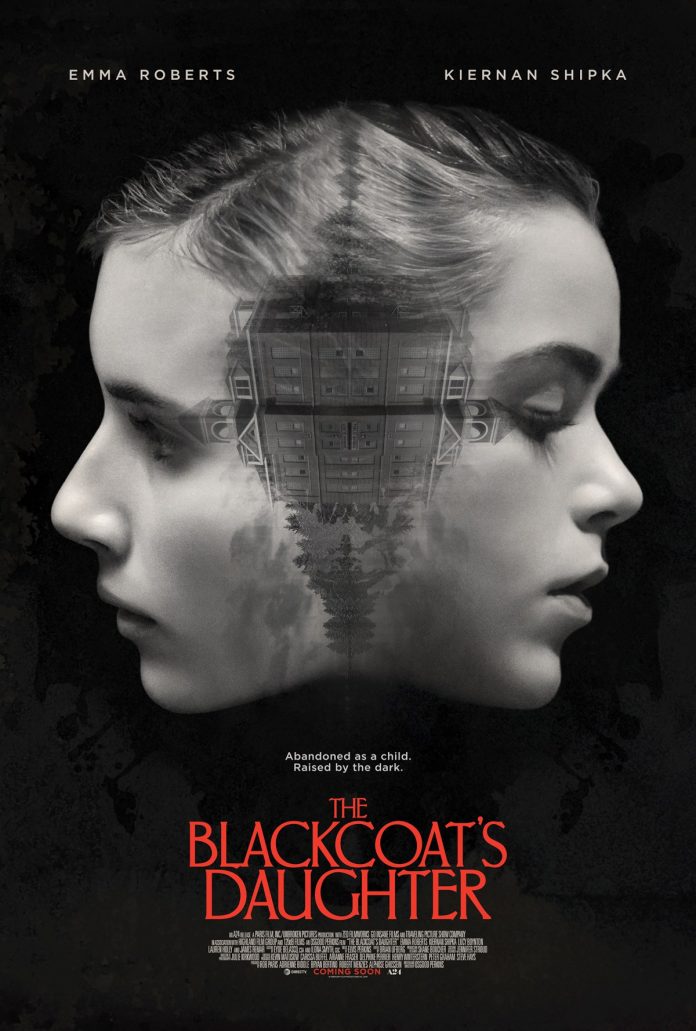 Three timelines, three times the thrill. The Black Coat’s Daughter combines three different timelines that follow three characters Rose, Joan, and Kat. The film starts with Rose and Kat, who are students at a prestigious catholic school. It’s school break and as all the other kids ride off with their families, the pair find themselves still at the school. Things take a turn when Kat starts getting freaky. Premising her parent’s death and bowing to a boiler room, Rose expectedly wonders what the hell is going on with her classmate.

Jumping timelines, Joan gets picked up from a bus stop after escaping a mental asylum. Two wholesome parents take her in, mentioning that Joan reminds them of her daughter. Some telling clues about Joan’s past are noted in the following scenes, but we’re not here to spoil anything.

Jumping back, we see that Kat has completely given in to her new freaky lifestyle. It turns out the devil has asked for her friendship, and she accepted. Unfortunately, Kat listens to her new devil friend and performs some unspeakable acts. In one scene we get to see this fine devil, and oh do his horns remind me of the devil from Tenacious D.

Toward the end of the film, timelines converge, and we find the true identity of each character. We can even draw conclusions on why Kat would want to befriend the devil. It’s a nice little twist, which I’ll let you see for yourself.

You want to watch an interesting thriller, but still want to play on your phone (that’s what I did). I also ended up reading an explainer article on this one which cleared up Kat’s motivations, and it’s sadly kinda relatable. This film is a great one to curl up on the couch with. So, I recommend you bring the party mix and the hot choccy cos it’ll make it that much better.