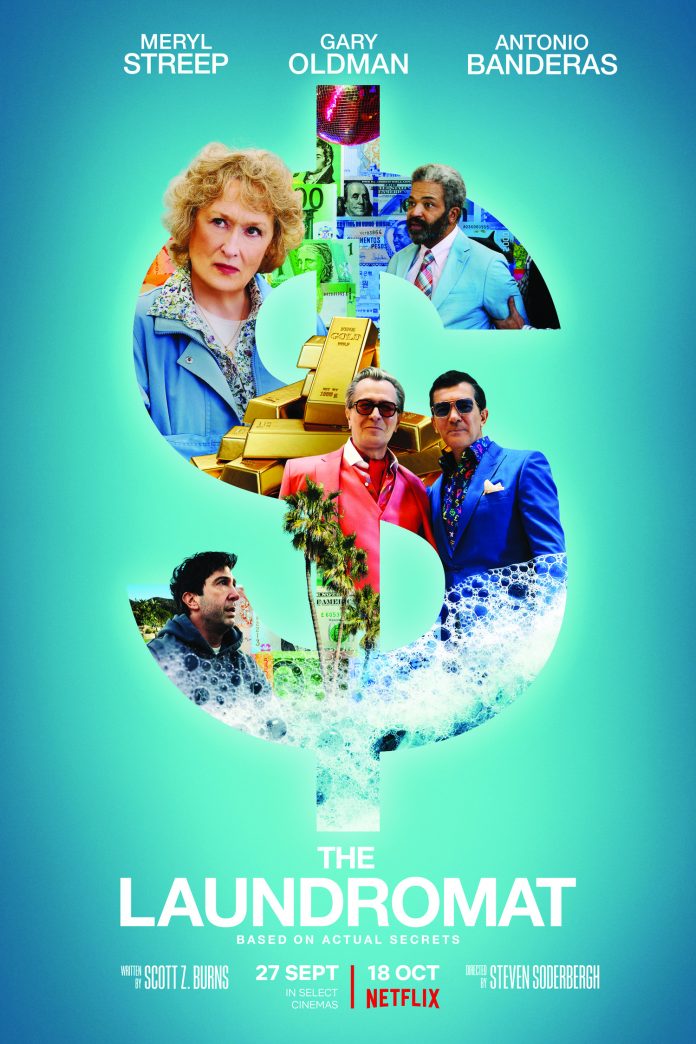 Do you know how off-shore accounts and shell companies work? Well neither did.

Don’t go just yet! Because as boring as those words sound, this film actually provides some useful insights into a world that is swept under corporate carpets.

Before we get into it, if you’re extremely hungover perhaps this film might require a little too much brainpower and I suggest you go here instead. Earmark this for later however because for those of you who are feeling bored, love a conspiracy, or just simply hate your corporate job, this film is for you.

This film, based on true events, follows two stories on either side of the coin. On one side you have Jurgen Mossac (Gary Oldman) and Roman Fonesca (Antonio Banderas) introducing us to the concepts of money laundering. On the other, you have Ellen Martin (Meryl Streep) who’s parents tragically pass away from a boating accident. The two sides meet when Ellen tries to get compensated for her parent’s death from an Insurance company that is owned by seemingly no-one (i.e. a shell company). To hone this story home, a series of mini-stories are told of other various criminals conducting heinous money-related crimes.

With a killer team of Oldman, Banderas and Streep you’d think this film would do a little better and not belong in Mediocre Movies. But as you read through the reviews it looks like it’s low score is coming from people who just don’t understand what is going on, or believe that money laundering and its depiction of it in this film is propaganda. Personally I find the film refreshingly eye-opening and think maybe we should take a look at the worlds underlying system. Call me crazy I don’t care! I say check it out for yourself and let us know what you think.

You liked the Big Short even if you didn’t really understand it. This film has the same little cut-away explainer scenes and you’ll love them even better as they are narrated by Antonio and Garys European accents. You might need a coffee to get the brain juices going for this one, and perhaps make sure that the kids are in bed and your housemates aren’t playing the drums because you’ll want to listen in.