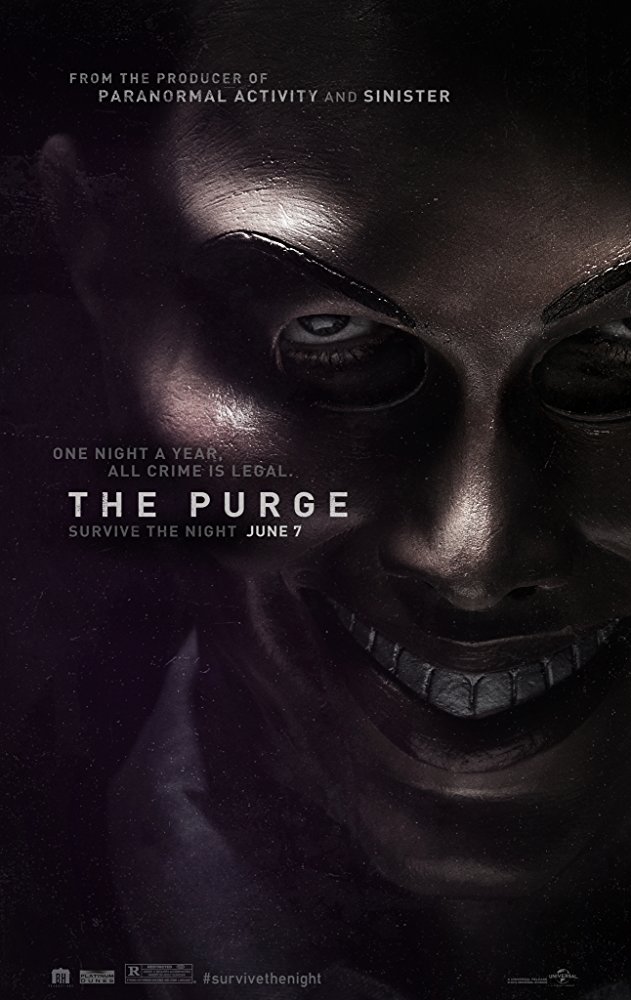 Nothing says rich white family like a household that has the best security money can buy in a time where murder and crime is legal for a 12 hour period. This time is known as The Purge, and happens once per year in order to let humans fulfill their need for violence. America claim that this outlet reduces unemployment and crime, but I can’t be too sure. While the less fortunate of America are left to kill or be killed, the Sandin family sit in their Los Angeles McMansion and settle in to watch the country through the Purge news reports of that year.

That is until their son, with some what of a heart, lets in a man who appears to be targeted and in danger… Sorry mama and papa Sandin – but your kid accidentally just let in the target of some purgers – and now you prob gunna die.

Coming up to the door is purger, Rhys Wakefield from Australia’s Home and Away 😱, along with a number of friends packed with knives and baseball bats (this is America why not have a gun?). They announce that the family must release the hostage or else the entire family is in danger.

Suddenly the film becomes a moral dilema for the Sandin family – let the man live or release him to the Purgers and be the patriotic family America wants them to be?

Watch this mediocre film if… you’re interested into an alternative thriller that addresses some of the bigger problems at hand. If you let an entire country purge once per year, will this actually solve problems in crime and unemployment? Watch this film and go down the rabbit hole of the Purge series that follows this one.

is it smart for gay teens to use dating apps https://gaypridee.com/