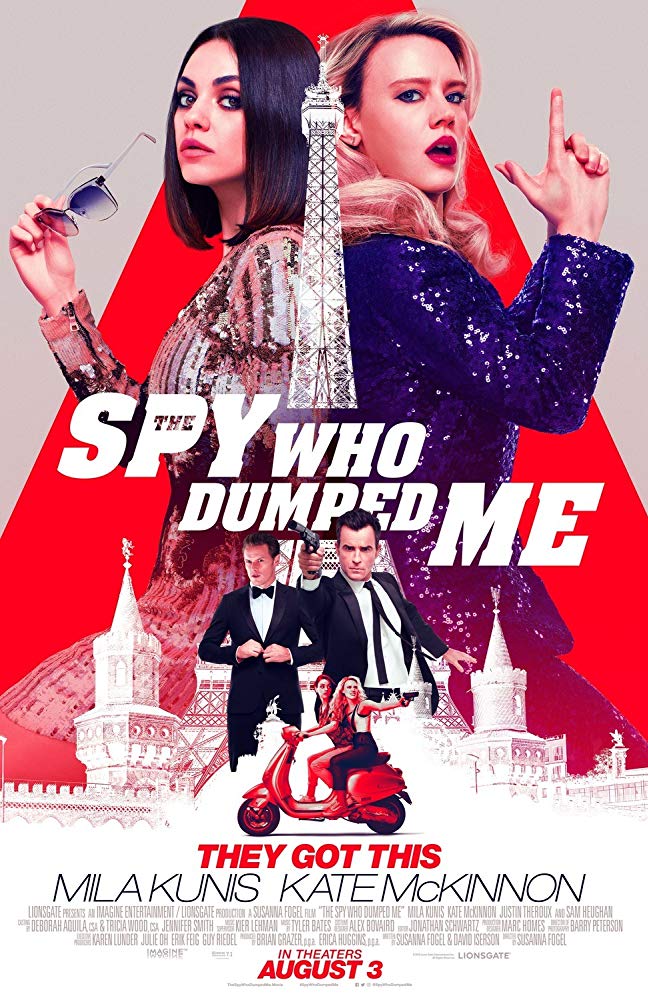 As if break-ups weren’t already bad enough, imagine finding out that he broke up with you because he is C.I.A and people are out to kill him (well actually, I’d be a little interested). This is where Audrey (Mila Kunis) finds herself – in a van speaking to the C.I.A. about her boyfriend, Drews, disappearance.

Shortly after, Drew returns and hands Audrey a flash drive that must make it to a contact on the other side of the world before being shot. Revealing all to her best friend Morgan (Kate McKinnon), Audrey is quickly convinced to fly to Vienna and the inseparable pair find out what kind of mess they are in.

Though I love the dynamic between these two, I think my favourite characters of this film are Morgans parent’s. Throughout this film they are just true supporters of the journey and a little bit adorable 👴👵.

Watch this mediocre film if… you want some easy watching and don’t have much brain power left. Perhaps you want to escape from the depths of your own breakup, or perhaps you’re just feeling extreeeemely hungover. Either way this film is pretty light and a little bit fun.