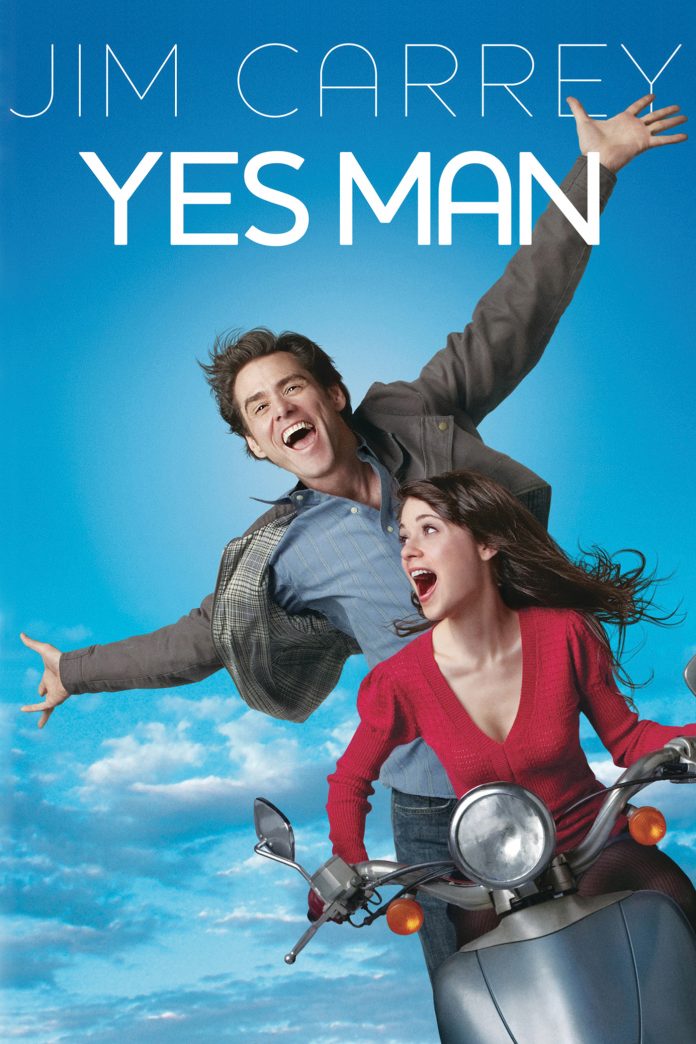 Carl is a man, like many of us, stuck in a rut. His constant lying and pessimism makes his life simply miserable. His friends are starting to resent him and his girlfriend leaves. It’s not until a long lost friend sends him to a cult like seminar and his life takes an unexpected turn in the matter of one word. YES!

This film follows Carls journey as he takes his dreary outlook on life into one filled with fun, adventure and love. As this film moves forward you will start to wonder–things are going so well, what could possibly go wrong?! Well, too much of a good thing, really is a bad thing as Carl realises that sometimes too much of the word YES can get the better of you.

Watch this Mediocre Movie… if you’re into self-development stories but not in a serious way. This film, however mediocre and over the top, might help you take the balls of life and go take that risk you’ve been deliberating for a while.