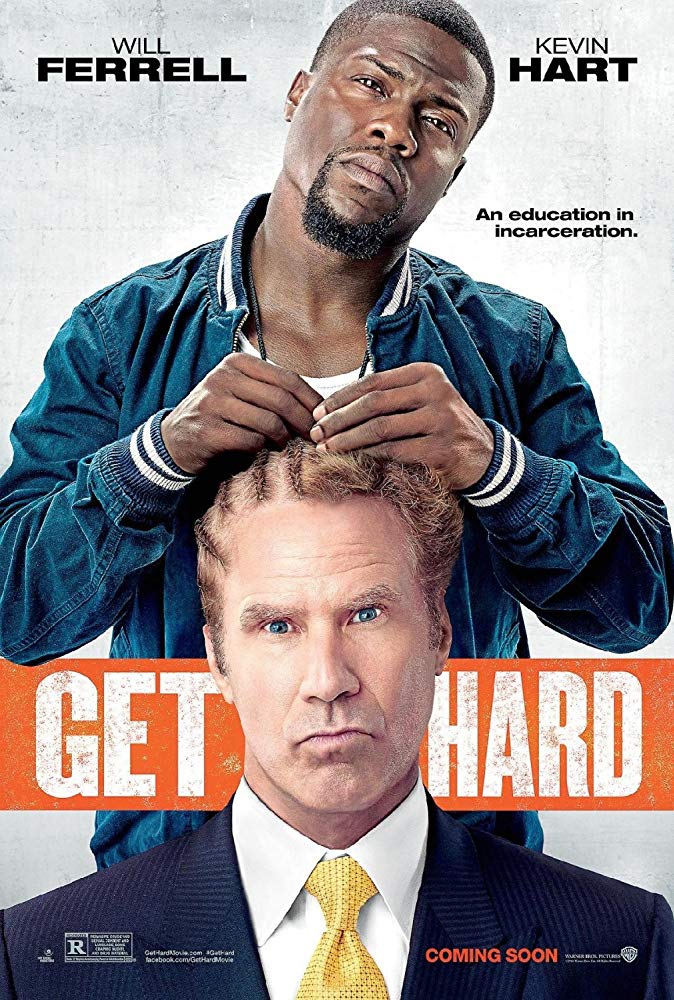 James King, rich white guy, hot wife, big house, stacks of cash. What more could a man want? Life is perfect until he’s framed for fraud and bound for maximum security prison, San Quentin. Get past the racial slurs and look deep into the humour as Will Ferrel (James) engages Kevin Hart (Darnell) to become his official prison mentor in preparation for the sentence. James needs to learn how to get on his knees or get a gang to look after him, otherwise, he will be screwed (literally). Because we all know “they be fucking in San Quentin.” 😂

This film doesn’t really fit Mediocre Movies 4-6 rating, but I had to give this one special consideration. I went into the cinema to watch on a bad day and laughed my ass off, immediately turning my mood around. Ferrel really comes out with his classic over the top humour in this film as jokes cover all of the cringe-worthy stereotypes.

Watch this mediocre film if… you can take a dumb joke – this film isn’t for the PC (politically correct not personal computer lol) because you’ll likely be offended. This film is perfect for a bad day, a lazy Sunday afternoon or in the background as you do another activity.