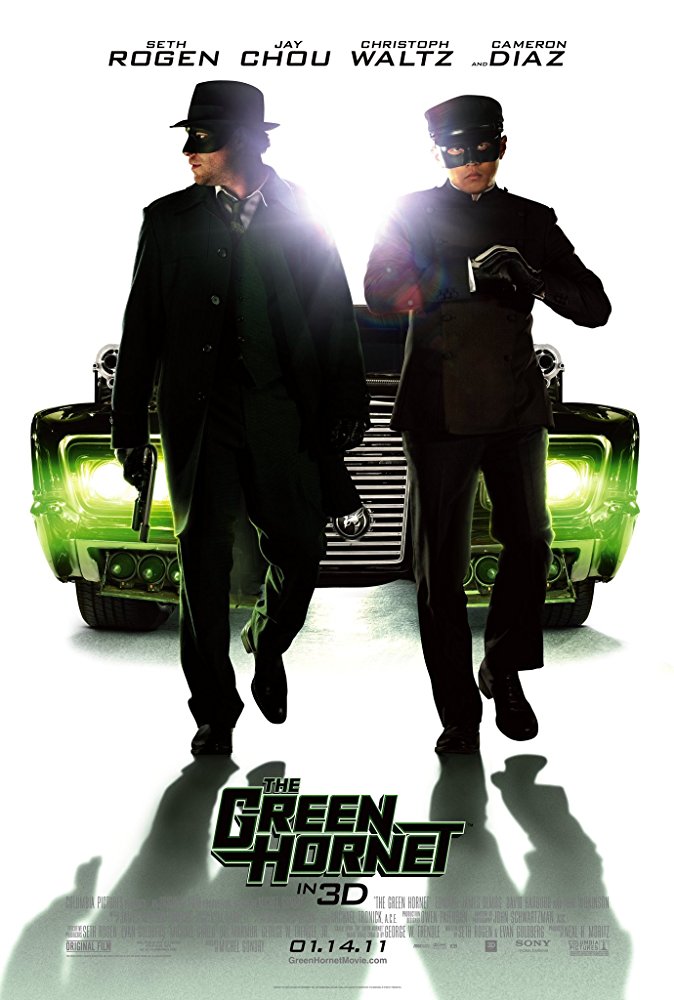 Just with many of us who fight for justice, our childhood started off with neglect and emotional deprivation from our parents. This gives us mummy and daddy issues that some aim to solve with no other than becoming a superhero.

When Britt’s (Seth Rogan) far from affectionate father passes away, he finds his hands filled with the family’s newspaper company. At first wanting nothing to do with it, Britts mind quickly changes when he realises that he can use the paper to hype up a character he’s always dreamed of becoming – the towns local superhero. Coined the Green Hornet, the somewhat untalented hero, uses his sidekick and friend Kato to build their outfits and weapons.

All is going well until the pair start becoming unappreciative of each other through a constant power struggle. Jealousy and feelings of unappreciation are close to tearing the two apart until gangsters of the town threaten the Green Hornet. And then there’s nothing like being on the verge of death to bring two friends back together.

Watch this mediocre film if… you are a fan of superhero films, but don’t feel like the extremely high budget explosions, computer generated characters and extravagant scenes. This film is a wholesome and easy to watch rendition of a more realistic superhero that is just trying to get the thrills that many of us seek.