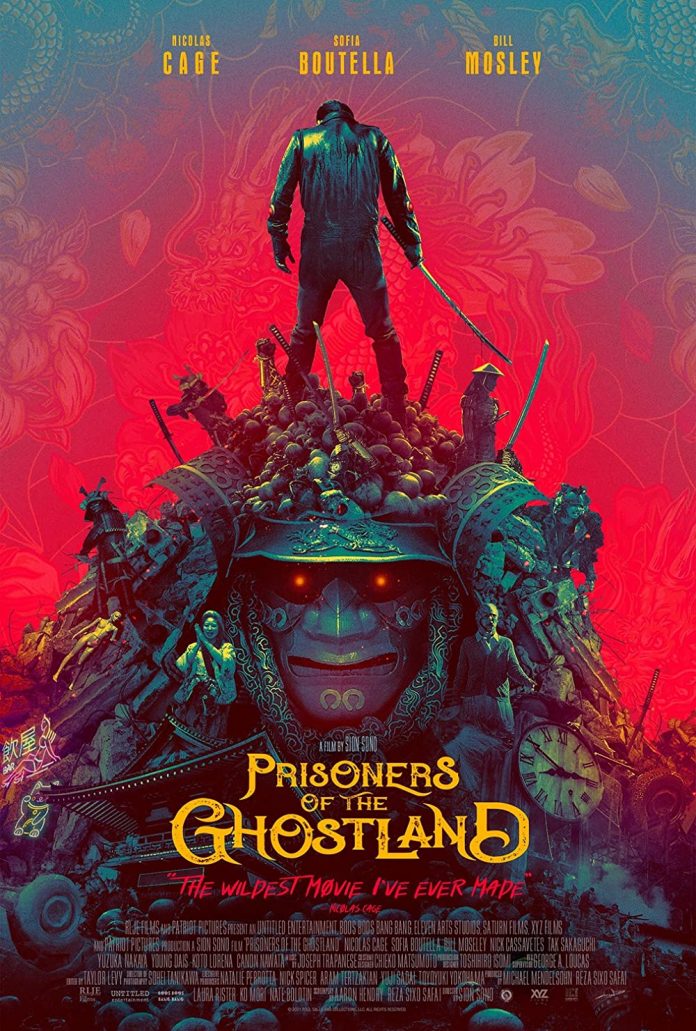 I turned to my housemate at the end of this film, and just said. WHAT DID YOU SHOW ME?

If I could, I would stop the synopsis there, but you’ve come to this website to read a synopsis, and I shall give you one. As much as this film literally described every scene, I still don’t understand what, or why, or how…

So, how would you describe this film? My housemate said – it’s like a child wrote a story and an adult got the budget to make it. It’s well choreographed scenes, and extravagant costumes made this film feel like a… modern day but ancient, apocalyptic but current, Japanese but American, version of the Wizard of Oz.

So the story. Take us to a Samuri town, with a southern American governor, that looks like Colonel Sanders. The Governor has many adopted granddaughters, and at the start of this film, one of them goes missing.

He calls upon convicted bank robber, Hero (Nick Cage), dresses him up in a leather suit, and asks him to retrieve his granddaughter, Bernice, within 5 days. Somehow, this suit, is more than just an opportunity for Nick Cage to wear an all-black leather outfit. It’s also an opportunity for the Governor to control Hero with several small explosives. Two at the neck, two on the arm, and two on the… testicles.

At this point, I’m wondering how the Governor got this suit, but honestly, that’s not the silliest part. Nick Cage goes on to find search for Bernice and finds her dressed as a mannequin in a place called Ghostland. And apparently, once you enter, no one ever escapes.

But obvious with his testicles on the line, Hero is having none of this, and will do whatever it takes to get Bernice out.

Watch this mediocre film if… If you’re a big fan of art-house meets combat. The choreography is amazing, the set is visually appealing, and as for Nick Cage’s performance…. it was also explosive.