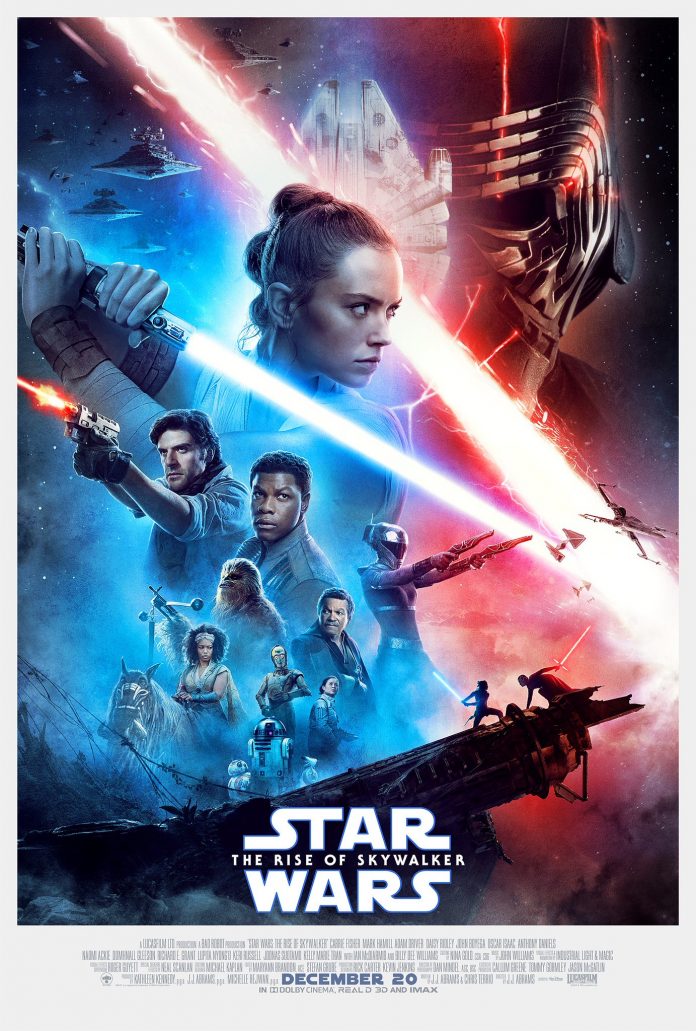 Oh the controversy! Scoring as average on Metacritic, opinions range from “This is my #1 Star Wars Movie” to “It’s just not a good movie”. See for yourself, in the final installment of the third trilogy.

Without giving away any spoilers, this film as with the others is just good vs. bad, bad trying to convert good, and vise versa. The sequel follows on from the previous where Rey continues Jedi training, and is basically just trying to understand her roots for the entire film.

Just as Trump is to the presidential suite, Kylo is also trying to make himself supreme leader of the Star Destroyer and king of the dark side. There are bigger fish to conquer first however as this film introduces the Emperor who just wants everyone but his own kind dead. Now Kylo must do as frat boys do and complete his one big task to prove himself worthy in his induction to the dark side.

Jumping back to the resistance who have also discovered the Emperor’s existence, they follow the slightly predictable journey of finding him too. This film is not without surprises however as the last hour is a little bit sad, a little bit triumphant and a little bit silly. Alright, that’s enough spoilers, just watch it for yourself and let us know what you think!

Watch this mediocre movie if…. You’re a Star Wars fan, obviously. You need to watch this film to follow the story and decide for yourself just how mediocre or not it is. Personally, as a fan of mediocre films and Star Wars, I really enjoyed it.

Connect with
I allow to create an account
When you login first time using a Social Login button, we collect your account public profile information shared by Social Login provider, based on your privacy settings. We also get your email address to automatically create an account for you in our website. Once your account is created, you'll be logged-in to this account.
DisagreeAgree
1
0
0
1
Subscribe
newest oldest most voted
SEO Referral Program