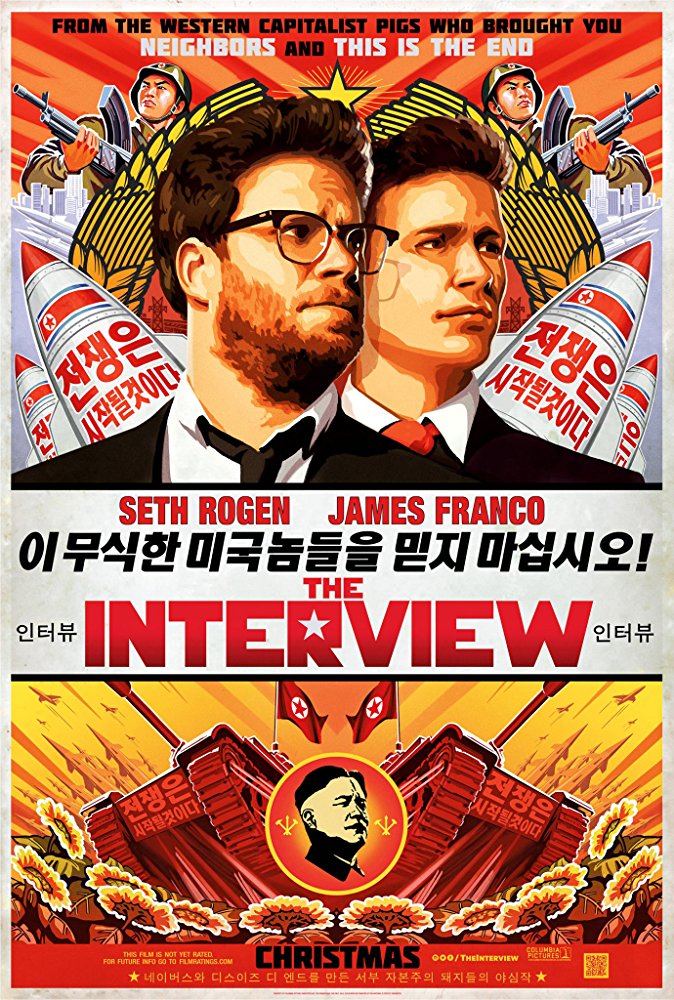 Possibly the most controversial film of 2014, the Interview starts with hotty-mc-totty, Dave Skylark (James Franco) of Skylark Tonight celebrating his 1000th episode with friend and producer Aaron Rapaport (Seth Rogan). Brutally interrupted by criticism that the show does not provide enough real news, the pair have to find a way to get taken seriously.

Then, as serious as the threat of nuclear war destroying the earth, Dave and Aaron soon find out that Supreme Leader Kim Jong-un is a big fan of Skylark Tonight. This presents an opportunity for them as they consider interviewing the big KJ himself. It doesn’t take long for them to decide this interview could be life-changing and it is swiftly planned.

With great power such as this comes great responsibility as the pair are visited by the CIA. Very few have the opportunity to shake hands with the leader, and it is proposed that the duo assassinates him. Locked and loaded with tech seemingly from Spy Kids, the pair set off for the big event. From here the pair create the most unlikely of bonds in the too-good-to-be-true city of Pyongyang. Leading up to the day we’ve been waiting for, you’d hope that Skylark can pull off the interview of a lifetime to save his show and possibly even the country.

Watch this mediocre movie if… you love James Franco as much as I do, or just want to watch one of the most controversial films of the 10’s. You’ll be laughing through the grit of your teeth, wondering if it’s okay to be laughing at something that is actually so serious. Maybe this film will show you that perhaps comedy is the best way to get through deadly situations.